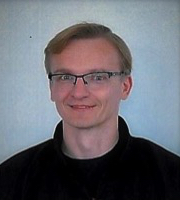 One of the pillars of our Kung Fu curriculum is forms; sequences of prescribed techniques that the student memorizes and learns to execute from start to finish. Each belt and sash level introduces one or more new forms with increasing levels of difficulty. The first form, which is introduced at the Youth and Junior Novice level is the Single Step Form, consisting of 17 moves (plus a bow at the beginning and end). The Little Ninja program also contains its own set of introductory forms. By the time a student reaches an advanced level, they may have learned up to sixteen distinct forms.

Forms help the student understand both offensive and defensive Kung Fu techniques and how to string them together into a series of fluid movements. They are sometimes described as “mini-battles” where you defend yourself against an imaginary opponent. Forms teach power and fluidity but also require focus and concentration to memorize and execute.

Typically, a student will learn just a few moves of a form at a time in class. They are then expected to practice these moves independently at home. At the next class, the instructor may check their progress and, provided the instructor feels that they know those moves and have practiced them, they may teach additional moves until the entire form has been learned.

Forms represent a major part of earning a new rank. Towards that end, forms are frequently assessed in class and the student will earn a “Form Stripe” once they have attained sufficient proficiency in the form (or forms) at their current rank level. Such a stripe does not mean that the form is “perfect” but it represents a significant learning milestone and should be celebrated as such. The form stripe is also a requirement towards qualifying for a grading to earn the next belt or sash level. In the Youth program, the form stripe is followed by a “Grading Stripe” which signifies readiness for that next grading.

Learning a form can be a source of anxiety for students. On one hand, a form must be completed before moving on and thus carries a lot of weight. On the other hand, learning a form to completion can take time. While forms are taught regularly, given the richness of our curriculum, classes may go for a week without touching on them at all. Instructors also only teach a few moves at a time and, especially in larger classes, and may not always get to every student. In addition, when the instructor feels that the existing moves are not sufficiently consolidated, they may choose to review previous parts of a form instead of teaching any new moves. Learning a form is a process that will take effort, time and patience. But students can get frustrated with their progress and a little encouragement and a reminder that they will get there in their own time, can go a long way.

Kung Fu is a journey that everybody experiences differently.