Our skilled performers practice the “Fut Shan Southern Chinese” style Lion Dance. Under the leadership of Sifu Robin Young, the WKFA Lion Dance Team began practicing the lion dance in 2013. Since that time, Sigung David Moylan has continued to evolve the dance to capture the unique spirit of our Academy.

Would you like our Lion Dance Team to perform at your event? For more information, and to book an event, please contact us today!

Just wanted to sincerely thank you and your team for an amazing performance on Saturday. Our guests were thrilled and absolutely loved it—definitely one of the highlights of our wedding!

The interaction with the audience kept things very engaging, energetic, and lively, and your team is truly very talented! Great work!! 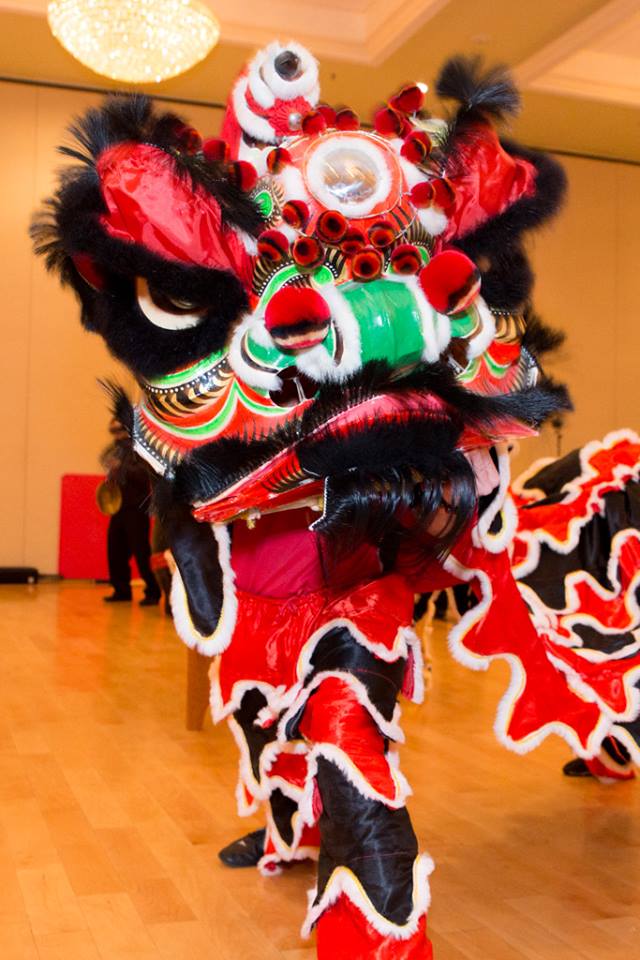 What is Lion Dancing?

A lion dance is a short, energetic, live show with dancers, costumes and music, typically performed at festivals and special celebrations, such as New Year’s Eve, birthdays and weddings. A long-standing Chinese tradition, it is intended to entertain while infusing the event with good energy and conferring good luck, prosperity, happiness, and long life upon the event’s host and their guests.

Performers in the Lion Dance

Lineage of our Lion dance Team

We're available for events and celebrations!
To book an event, contact us today! 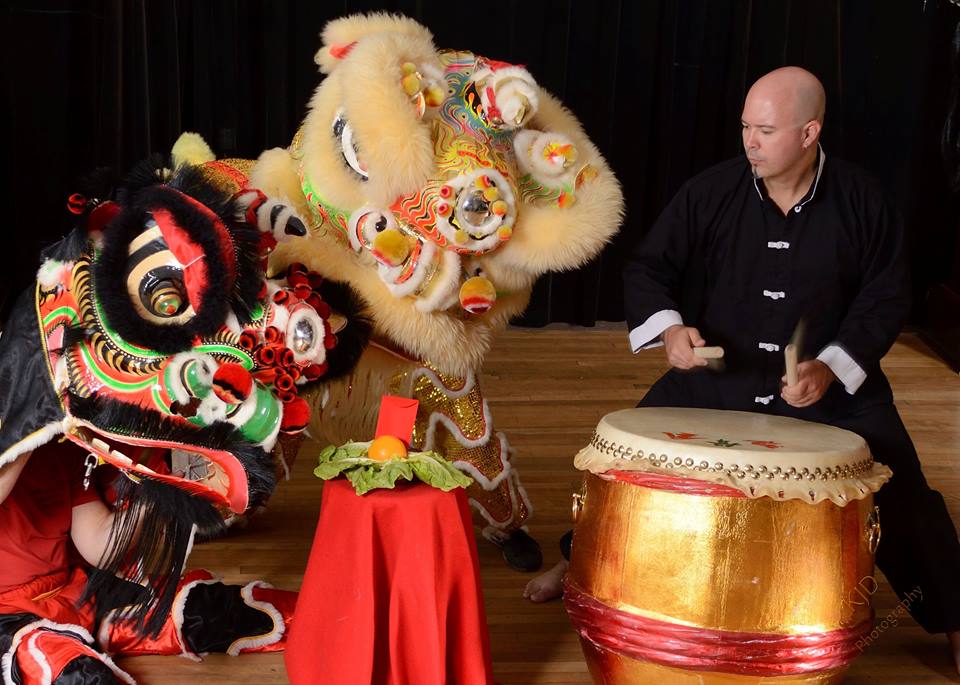 A deeply rooted Chinese tradition for over one thousand years, the lion symbolizes courage, strength, and wisdom. Colourful and noisy, the lion dance uses movements based on the martial art of kung-fu to capture the attention of the crowd through the spirit of the lion. It brings presence and positive energy to the event, as well as honouring the host, to whom the lion always bows respectfully. In return, the host offers the lion a “meal” in the form of a red envelope called a laisee.

Each lion dance tells a story. Common themes include the lion waking up, leaving its den, eating, meeting another lion, or crossing a bridge. The dance captures a particular emotion of the lion, such as curiosity, gaiety, ferocity, caution, or anger.

The Lion Dance band plays music called Seven-Star Drumming, based on a 7-beat rhythm. The music brings energy to the lion. The lion plays to the drum and the drum plays to the lion. Through the drum, the drummer also communicates with the lion, for instance, signalling the lion to change their routine.

I would like to congratulate your team on the beautiful lion dance at SJK school. Everybody was impressed! Thank you so much for the stunning performance! We are looking forward to your performance next year!

Today, I was very impressed with the lion dance performance at my mom-in-law’s place! It completely exceeded my expectations and, having seen them in Asia myself, those expectations were high!

The lion was enthusiastic and the choreography was very well thought out. It involved the kids and the audience, which I loved. The drummer, oh my goodness, he was amazing. He led the entire group and carried the dance out splendidly.

Thank you for giving me a nostalgic taste of home. We thoroughly enjoyed it and hope to see you all perform again!

I just wanted to send a huge THANK YOU!!!!!!!  We were so impressed with the fantastic dancing, the amazing music (percussion), and the overall ease of planning with your group.  All our customers were so impressed—we will definitely be coming back to you to book again! 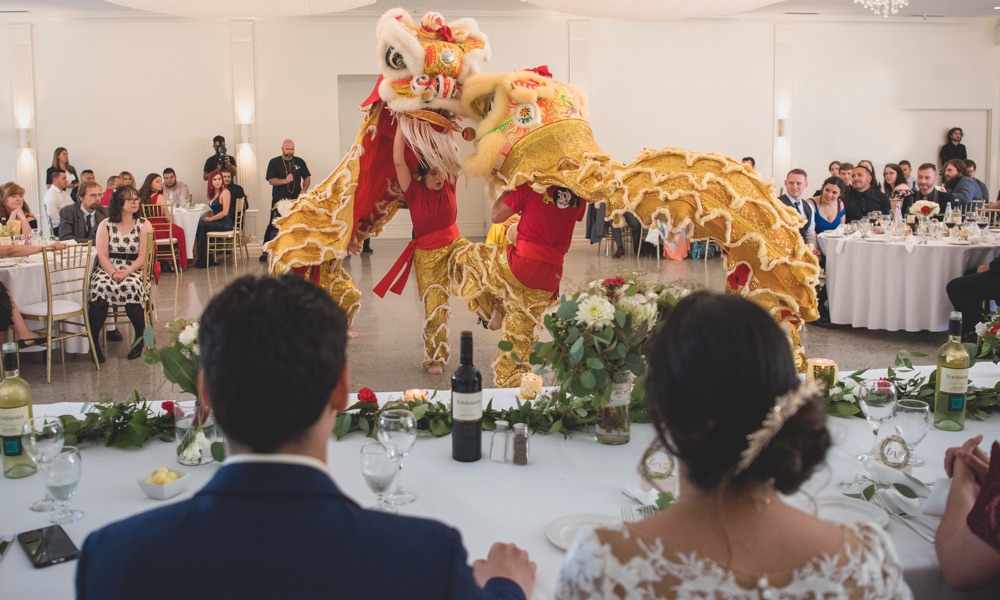 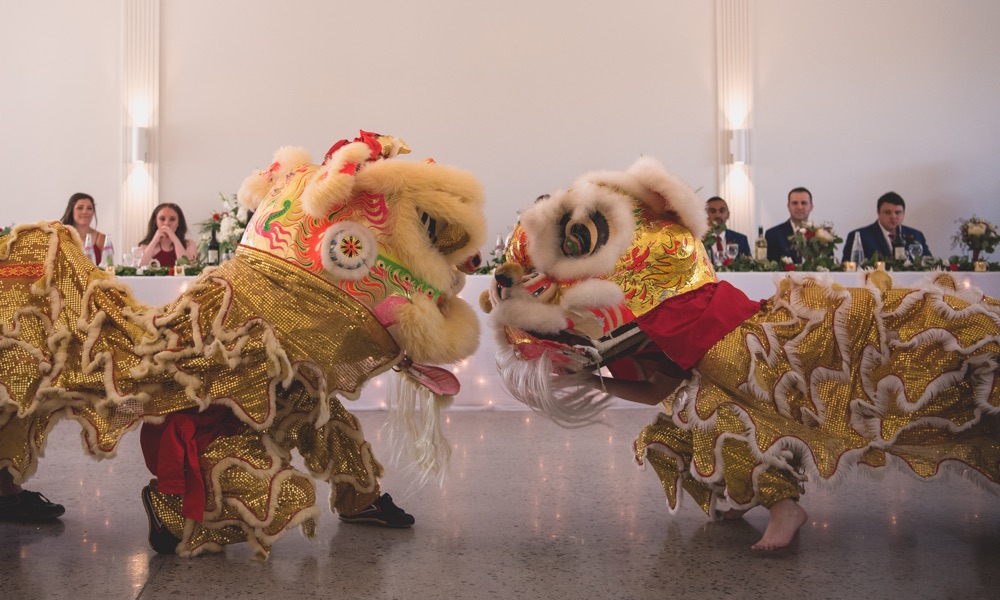 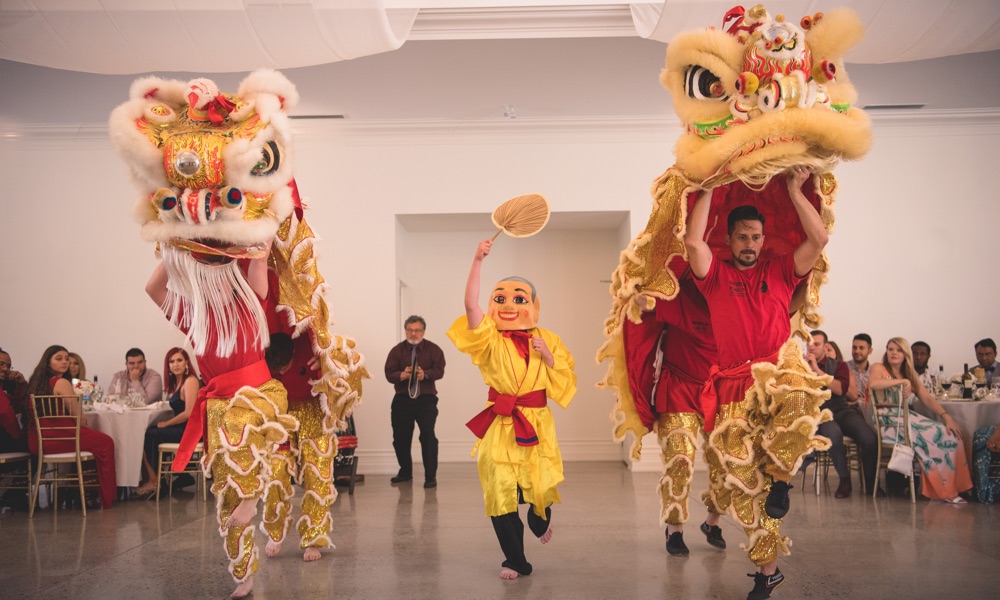 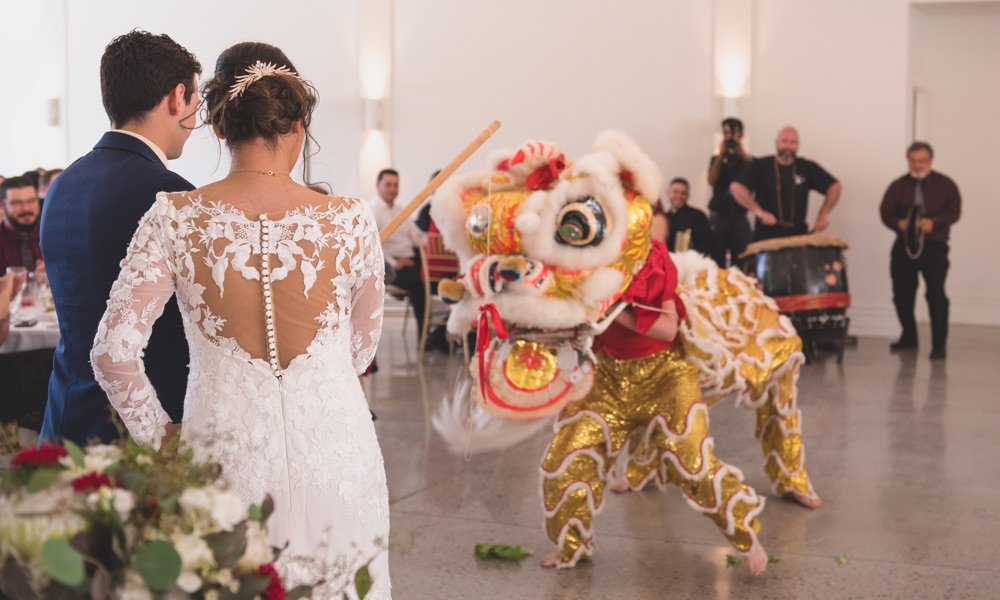 In old China, all Kung-Fu Clubs had Lion Dance Teams. The Lion Dance provided the Kung-Fu students and masters with a way to connect with the community and bring a cultural aspect of the Martial Arts to the people.

Although there are no specific records documenting the origins of the Lion Dance, tales have been passed down orally from generation to generation. One tale tells of a mythical monster named Nian. Every year, Nian destroyed the village’s crops until the Prince of Heaven sent down a mighty lion to scare Nian away. Since the villagers had never seen a lion, they created a creature based on several animals, called it a lion, and danced the Lion Dance yearly to keep Nian and all monsters at bay, thereby protecting their crops from that time on.

In celebration of Global Unity Day of our Associate Appreciation Week, we invited Waterloo Kung Fu Academy to perform the traditional Lion Dance in recognition of the local and global Chinese culture. We were thrilled with the experience of not only the performance, but the education of the culture and practice of the lion dance. We were not disappointed and encourage anyone looking for great entertainment, and a celebration of the Chinese culture, to contact David and the Team!
S. Callan 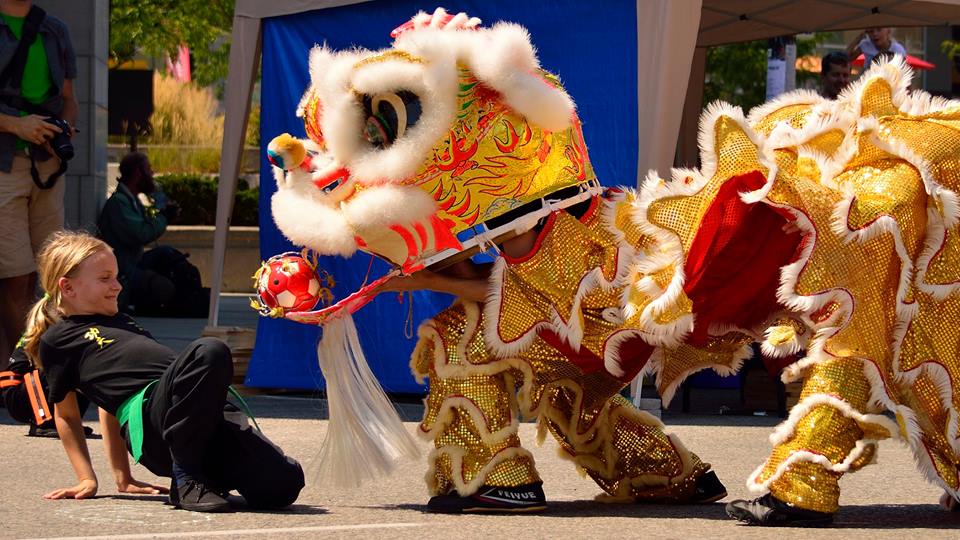 We're available for events and celebrations!
To book an event, contact us today!