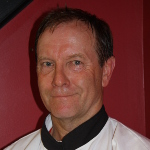 Craig is a lawyer and holds an LLB from the University of Western Ontario.