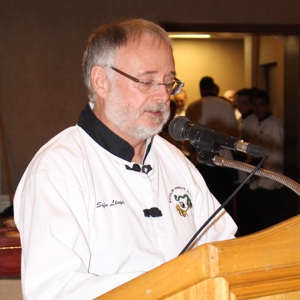 Every instructor at WKFA wants you to be successful. Here are a few things for you to consider when you start to look towards your next grading:

1. I’ve been going to class 3 – 4 times a week prior to the grading and now I’m ready. That might be OK up until the time you reach Orange or Green, but after that it isn’t enough. If you’re grading for a rank of Blue or higher I strongly recommend that you develop a training plan that includes at least 7 hours of training a week, outside of your regular classes.

5. I can perform all my current and past requirements with confidence so I’m ready to grade. Our gradings are demanding and knowing your requirements, regardless of your confidence level is not enough. Now you need to work on your overall fitness so that your forms and techniques look sharp even when you’re tired…because you will be.

6. I was allowed on the grading list but didn’t pass my grading. Why would I be allowed on the list if I wasn’t ready? Having your name put on a grading list only means that an instructor feels that you “have the ability” to pass. It doesn’t mean that you will pass! “If you fail to prepare; prepare to fail!”

7. What is the advanced rank commitment list, and why is it necessary? This may come as a surprise but it’s primarily a way for Sifu to determine if we will be holding an Advanced grading (Blue/Brown) in the spring, or and Intermediate/Advanced grading (Green, Blue, Brown).

8. I pass or fail based on my grading day performance. Nothing could be further from the truth. I’ve seen advanced students completely crumble on grading day and still pass. Is that because the instructors were playing favorites? Absolutely not! It’s because 50% of your grading result is based on your day-to-day training.

9. I’ve been at my current rank for a long time, so I guess I should grade. Go back and read this article from the beginning.

10. I don’t feel quite ready but don’t want to wait until the next grading. Again, “If you fail to prepare; prepare to fail!”

11. Instructors don’t understand what I’m going through in order to grade. You may be correct; but do you understand what your instructors went through? Particularly at higher ranks everyone has made sacrifices and until you’re ready to make your grading a priority you’re not ready. I know students that were Brown for 3, 5, 8, years, or longer; there’s no time limit. We’ve all been through it and your circumstances likely aren’t unique.