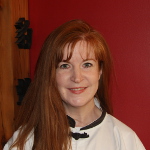 Receiving a belt or a sash is a joyous milestone! Several Sifus have a story, a phrase, or a piece of folklore that accompanies belt-tying. The story and thoughts I share has developed over the years and concepts were first taught to me by our Sigung and Sifu Laina Campbell.

Sigung taught me that the three bumps that appear in the knot represent “the past, the present and the future”. These bumps encourage students to: “remember and practice the Kung Fu they learned yesterday, practice the Kung Fu learned today, and set goals for the Kung Fu to be learned tomorrow”. Sigung shared that the ends of the belt were to be of ‘even’ length symbolizing balance. I have fun with the Little Ninjas when I have them stand in a crane stance and then pull on either side of their belt to test for “physical balance”, it always encourages moments of giggles.

Sifu Laina (a founder of the WKFA Little Ninja program) first taught me the evolving story of the ‘belt-tying snake’ who journeys through a bunny hole, wraps a tree branch, and ends up gently bopping the tip of the young martial artist’s nose—of course ending with a moment of smiles. This story has evolved and I continue to share it to this day along with others.

The moment of achievement and independence when receiving the first belt can be captured and nurtured into positive traits. Young martial artists can create their own sense of responsibility and independence tying their own belt.   Please see the videos below:

Depending upon how your child learns, try standing beside them while they have their new belt and have your own piece of cloth symbolizing a belt and together, step-by-step, practice tying. Or learn the tying from the video and instruct your child through the steps, repeating the process until they have developed proficiency in tying their belt independently.

It is a proud moment at the end of a youth grading when the newest of students take off their old belt, fold and place it on the floor, and proceed to tie on their new belt by themselves.

Sashes and belts can be stored and represent milestones in a martial artist’s journey. I have seen many ideas from belt racks and glass cylinders filled with belts. At my home, we have neatly tucked our older sashes away in keepsake boxes.