Balance Your (and Your Kids’) Digital World 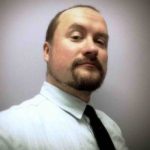 I grew up in a techie family; computers in every room, electronics, games, and more. I’ve always been tech-minded. I believe that’s one significant catalyst of my introvertedness and shyness.

I used to be much more into video games. I programmed when I was in pre-teenage years. I stayed after school to use computers, or play network games with friends.

It was only in later years of high school that I started getting involved in physical extra-curricular activities. Even then, the rest of my time was back to the screen. Every job I’ve had has been in front of a screen, at a desk, with a computer, designing and programming. I’m surprised my eyesight isn’t worse than it is – with the rest of my family needing glasses, I’m still lens-free (well, other than my own eyes of course).

This is why, in recent years, geocaching has become such a wonderful pastime. I find it a great balance of tech, with an enormous dose of outdoors, nature, physical activity. So much so that it’s more often doing this that you come to enjoy the outdoors -more- than the tech, more than the screen, even though it appeals to both.

And now, on top of that, having taken up Kung Fu, which is entirely tech-free, I’ve been regaining a lot of the physical confidence I lost in my younger years. Despite other hindrances, regular activities like sleep and attention are faring much better; as is thinking clearly, enjoying friends and people in general.

I’ll never denigrate the fun and benefits of video games, internet, smart device use, computers and whatnot; there is most definitely a place for them. But as I’ve always said in the context of food, which really applies to every aspect of life: Everything in moderation!

If/when I have children, it’ll be a tough job determining how much tech or screen time is feasible, or even beneficial, without being harmful. This is just another aspect of modern day life that a child needs to ease into carefully and slowly during their developmental years. There are indeed some things you don’t understand let alone know how to control, until you acquire a bit of maturity and ever changing technology that we are exposed to on a daily basis is certainly one of them.

Until that time, life should be analog to be able grasp those basic life skills before fully embracing the digital world.