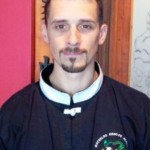 “The memory of everything is very soon overwhelmed in time.” ~ Marcus Aurelius

I ventured to Nova Scotia with my family this July, camping at points along the way with the hope of having a great experience and making memories for us. We were not disappointed. The Maritimes have so much to offer! The people were as friendly as the landscape is beautiful. Taking the mindset that the journey was the destination, we took our time. We made stops in Lunenburg, Halifax, Louisbourg, Chéticamp and many points in between. We travelled 7,700 kilometres all told!

I like going to places that people I know are from and discovering the beauty of their hometowns first hand. One such place we visited was Petit-de-Grat, which is a small Acadian island off the East coast of Cape Breton; hometown to my long-time mountain biking friend, Guy Boudreau. Petit-de-Grat truly embodies the hospitality for which Nova Scotians are famous. In this age of technological connectedness, it was nice being able to message with Guy during our trip to learn about the best spots to explore. Sadly, not long after we returned, Guy, only a couple weeks older than I am, lost his long battle with cancer.

Our cycling group has naturally been reflecting on all the great times we shared with Guy. Over the past 20 years, we’ve ridden the same group of trails together week after week. As I ride them now, I am happily discovering that certain spots on the trails elicit vivid good memories; they are serving as physical “lighthouses” to keep the memory of our friend alive.

Sometimes people note my good memory for names and faces; however, I feel for many other things, my memory isn’t so great. I recently read an article discussing how forgetting certain details is important for decision making. This was somewhat comforting! I do, however, want to remember the people in my life. I’m connecting how the physical paths that we regularly travel, such as roads and trails, can be instrumental in helping recall memories with those people.

When I think about how we learn Kung Fu forms, I liken the process to walking paths in our minds. Each time we mindfully practice them, it makes the paths clearer. I’ve consistently practiced our forms for over 28 years and I know those mental paths are some of the clearest of any. What is also very clear is the memories of all the people that helped shaped those forms—by teaching them to me or training them together as we work through our understanding of the movements. Through practice, I retain the knowledge of the forms, but I also retain the good memories of the martial artists behind them. This includes most predominantly, Sigung Bob Schneider, but also the instructors from the Academy with whom I collaborate week after week. 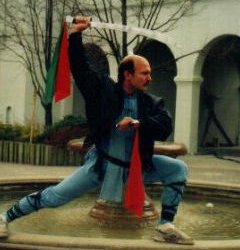 Training forms have many obvious physical benefits. Having an accessible mental archive of the people who bring the forms to life is really something wonderful too—helping keep what you want to remember a little less overwhelmed in time.