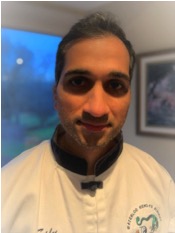 Each June, I spend time reflecting on the years of learning under our school’s founder Sigung Bob Schneider. In addition to being an outstanding martial artist and teacher, his strong character that he inspired in all of us, I feel was his biggest contribution to society.

In a recent article, I had described the 7C’s to foster resilience in children and character was the most important. It’s important to understand a child and even an adult can be very competent, confident, and deeply connected but without good character will not be prepared to thrive contribute positively to society. Character can be thought of in a few ways. Simply it’s a basic sense of right and wrong. It is the ability to rise above self-interest for the sake of others. Character is who you are when others are not watching.

Our fast paced, technology run society greatly challenges our ability as parents and teachers to raise people with character. Today our culture values personal success and independence more than cooperation and sharing. It fosters winning the prize (even by taking shortcuts) rather than how we play the game that defines us as humans. Since most are encouraged to follow the masses, many have weak character because they lack courage to be bold and stand up against negative opposition and support truth.

While character development is a process it cannot be left to chance. It is taught by what we say and more importantly how we interact with others and what we do. Good character does not develop over a weekend workshop or even a few months but over years of nurturing, testing and time spent with those strong character. Thus, as parents and teachers, the onus first rests up on us.

Sigung Bob was that type of leader. He imbibed and exemplified the change he expected of all of us. Amongst many, here are some of the approaches he lived by to inspire good character that we can apply to our lives and encourage in others:

Moral, responsible, kind, hardworking, humble, and honest; qualities in Sigung Bob’s character that I have remained inspired to uphold and share with others. My respects to Sigung Dave for his dedicated efforts over the last sixteen years to continue the culture of strong character that Sigung Bob tirelessly dedicated his life to exemplifying.