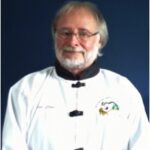 Nothing is static; all things are in a constant state of flux.  In terms of Kung Fu training, I contend that if you’re not getting better, you’re getting worse.

Now before you get discouraged let me explain.  We are training in the martial arts; we happen to have chosen Shaolin 5 Animal Kung Fu where, more than many others, we place as much emphasis on the “art” (which for simplicity we can think of as our forms), as we do on the “martial” (which, again for simplicity, we can think of as our techniques and self-defense).  The art strings together sequences of martial techniques.  You can either look at forms as nothing more than a sequence of moves that must be learned, or you can look deeper for the martial meaning hidden in the form and use that to enhance your understanding and to personalize the forms.

It’s quite natural to have learned a form, or a technique, or some self-defense releases and want to move on to learn more; but be sure to practice what you have learned.  Grandmaster Pan used to say “you only truly know a technique or a form after you have practiced it correctly at least 1,000 times”.  There are others that say 10,000 or even 20,000.  We have 16 compulsory forms; it takes 6 years (if you’re dedicated) or longer to attain the rank of 1st Degree Black Sash; so let’s look at that in terms of only the Short Dragon/Two Door.  If you practiced that form alone 5 times a week (correctly) it would take nearly 4 years to boast that you have performed it 1,000 times.  That would mean that you have attained, or nearly attained your Brown sash before reaching the 1,000 milestone…and that’s only one form.

Kung Fu is a lifelong discipline that doesn’t stop with the attainment of your Black Sash.  In fact, you can equate the attainment of a Black Sash with a university degree.  The school provided you with the tools, now you must gain the experience and the wisdom to utilize the tools properly and to develop the knowledge and skills that will allow you to pass those skills on to others.  Your training doesn’t end when you acquire your Black Sash; it begins!

If you go a few weeks without practicing a form, technique, or self-defense move your skills have not remained static; they have regressed.  Your sharpness is gone, and you may even have to think about how to execute the release or technique.  Even though you may have increased your volume of knowledge over that period, your overall ability to execute your previous requirements has decreased.

At WKFA you are not only expected to learn new forms, techniques, and releases, you’re also expected to continuously improve all of your previous requirements.

So, what do we do about it?  PRACTICE…PRACTICE… PRACTICE; and not just in class. Progress in the martial arts is never linear, it looks more like the peaks and valleys of a bush saw than it does a straight line, but when you join the peaks, you should see a constant upwards progression.

Commit to your Kung Fu training and constantly hone your skills.  Kung Fu really is an endless journey and whether you’re just beginning or have attained a high rank; if you’re not getting better, you’re getting worse.