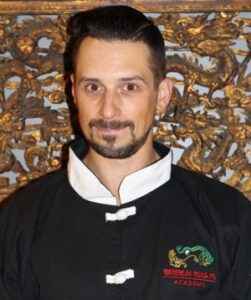 The last several months have been a challenging period of upheaval and change for everyone, including WKFA. Recognizing milestones and transitions has been difficult. Our Academy has certainly seen key members of our community move on. One very instrumental member that has retired from teaching is Sifu Patti. For clarity, she and I had been in discussion since the Fall and we had made the announcement to our instructors in February. She is looking to spend more time with her family (including her daughters who achieved their Brown Sashes with us) and other interests such as art, kayaking and hiking.

Until it is a little easier to get together to give her our best wishes and gratitude, I thought the next best way to do this would be through this newsletter. She has dedicated so much of her time and energy to the Academy and my family and this is a good forum to share some of that with you. By no means is this to be an exhaustive account of everything she has done (I’m already pushing my word limit!), but it is a chance to show some thanks for the many areas of responsibility she took on during her time with us. 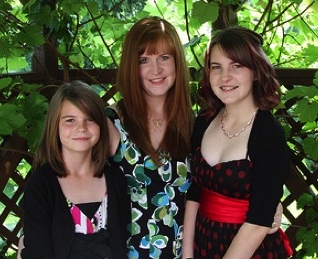 With over 19 years at WKFA, her spirit of helping pre-dates my tenure as Head Instructor. In her own way, choosing to be in the background, she was incredibly supportive of Sigung Bob. During my time as a young instructor of the Sunday classes, with her and I both being able to converse at length, we naturally connected and became good friends.

We were all very crushed when Sigung suddenly died in 2006. As I grappled with the decision to leave my position as manager at a large accounting firm to take on the role of Head Instructor, I knew I would have a hard time doing it alone. I worked to gauge the level of support of the existing instructors. Knowing she had a high level of involvement with the Academy and a deep passion to see it continue, Sifu Patti was also someone important I sought out for support and guidance. Her knowledge, hope, and confidence in my ability to lead was a major factor in my decision to take the leap.

In my first years as Head Instructor, she gave me the opportunity to develop and focus on the teaching end by volunteering in the office to help with a lot of the larger administrative tasks such as membership agreements, marketing, recording attendance into our database (back when we had manual sign-in books), store orders and inventory, and grading certificates, to name but a few. She would also do a lot of thoughtful smaller but helpful tasks, like lovingly watering the Academy plants, hanging pictures and artwork and refilling my favourite pen (which I’ve managed to lose and find many times in 14 years!).

Sifu Patti was one of the driving forces and main helpers for many years with almost all the annual extra curricular events we hold at the Academy. This included our In-House Tournament (Shiai), the Family Summer Picnic, and of course our mega bash, the Halloween Harvest Buddy Day Party. She attended and helped coordinate a lot of our great seminars over the years as well (too many to name!). She was a part of our Dragon Boat Racing Team back in the day and our running group. In 2012 and 2017, we had 20th and 25th Anniversary celebrations and demonstrations in the community and she was involved in many aspects of these big events. 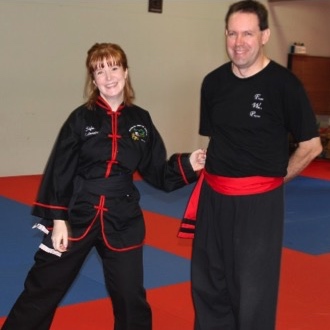 One of the Academy’s most important programs is our 4-5-year-old age group, the Little Ninjas. A lot of our student body was first introduced to our Academy and Kung Fu in this program. The importance of starting with a good foundation cannot be understated; students that start this way tend to stick with the art for a long time. We have had students go from LN to Black Sash! Sifu Patti was part of this program right from inception with Sifu Laina and along with Sifu Lorna, helped evolve it to the effective and fun program it is today!

After attending hundreds of classes and assisting with hundreds of classes, on April 16, 2011, along with Sifus Mark, Rebecca and Sarah, Sifu Patti successfully passed her grading to earn her Black Sash. She went on to use this milestone to develop into a confident and impactful member of the instructor team. While able to teach any skill level and age, she was most at home working with our novice students. She took great pride in introducing our new adults to the Academy and our system. She was a member of and acted in a leadership capacity with our Competition and Demonstration Teams too. Sifu Patti even took time to educate us on one of her many skills, proficiency in American Sign Language! 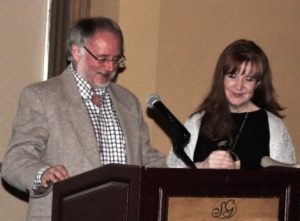 Sifu Patti sought out further marital arts development in the United States and in November of 2013, after a lot of hard work, she became a Certified Self-Defense Instructor under the National Women’s Martial Arts Federation. With this knowledge and a deep passion for women and self-defense (especially as it applied to children), she would go on to positively impact WKFA with two major initiatives: a Women’s Program and Empowerment Self Defence (ESD). Her Friday morning Women’s Only Classes were an all-inclusive program that developed strong bonds, good martial arts and specifically provided a comfortable training space for members of our Muslim community in the Region. The ESD Curriculum shaped our children’s self-defence philosophy, including the Five Fingers of Self-Defence. Youth and Junior students looked forward to her quarterly guest appearances in all the classes! 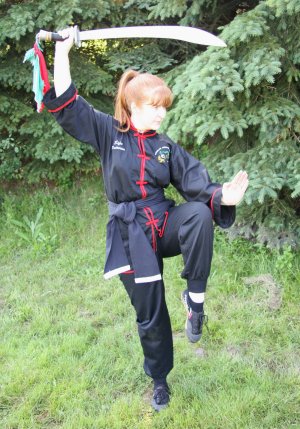 With this look back at just some of the involvement and impact Sifu Patti has had during her almost two decades with us, it’s easy to see why she will be so missed. Her character and perseverance really stand out. If you have been in her presence for even a short while, you will experience her consistently positive outlook on almost everything! It was an honour to instruct and teach alongside her for so many years. In many ways, she was a teacher to me too and one of my biggest lessons from her was to always be grateful. So, with that, I want to express my sincere gratitude to this wonderful martial artist and person as she moves on to this next chapter in her journey. I know she won’t be a stranger to our Academy, and we look forward to seeing her around the community.

All the best to you and your family, Sifu Patti!