Memoir of an Armoire: Part I 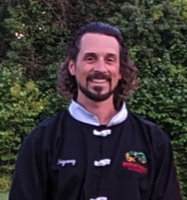 This November, after exactly 34 years, to get more floor space, an old wooden wardrobe style cabinet was removed from the kwoon. This cabinet’s time at the Academy pre-dates even Sibok Lloyd and Eric’s time. Part One of a “Memoir from an Armoire”:

After a long service housing coats and hats, a kind and strong man moved me into what I figure was his home. This guess is based on the time he spent there with me. I’d watch him practice every day. His coordinated movements were as intense as they were graceful. Most days, he would whirl around implements. Some were made of metal, some, like me, were made of wood, and some were made of both.

Every day, at even intervals, other people would come into the building, cover their right fist and greet him as “Sifu”. My mustachioed roommate would systematically guide them through the moves he practiced. Water would pool on their backs and brows; they seemed to love every minute of it!

Perhaps not every minute. At what seemed like quarterly intervals, chairs would be setup and then many people would gather. Most seated, but some standing, to watch a smaller number perform. Sifu wouldn’t instruct on these days. Instead, he would ask them to show him the moves he taught them. They seemed to exert more effort than usual. Strangely, at the end, they would almost kneel for a short length of time, moaning and grimacing all the while.

These special days were much longer than normal. At the end, Sifu would give most of them a sheet of paper and coloured band of cloth that they’d proudly affix around their waist, while those not performing clapped loudly and smiled.

Over the years, sometimes people wouldn’t receive this new cloth and I would notice the water then pool in their eyes. Often, I’d never see them again, but occasionally, I’d see them more than ever. They would return to one of these special long days and eventually get that paper and cloth. The cloth they tie so specifically. Years later, I’d even watch this shorter lady wearing a black cloth, re-tie these cloths and even argue with taller students about how to do it right!

After I made the move to this lively building, my main purpose seemed to be to hold up a fake plastic tree and a big grey box that plugged into the wall. Along with Sifu’s guidance, children would gather under me and watch as the grey box teach them about staying alert and staying safe.

After several years, a very flexible and intense man started working with Sifu during his daily alone sessions training. This new character with wispy black hair would, every once-in-awhile, instruct the others as well – sometimes inside, sometimes outside. Like Sifu, they seemed to have great respect for him, referring to him as “Master Pan”.

Five years after my first move, I was relocated to a much larger building. This new home resembled the former. The long hanging canvas bags everyone struck were there, but more of them. The same statue with red lights, that Sifu would carefully turn on at the start of every day was there too.

Despite the similarities, over the next 29 years, I would be witness to a lot of change. To be continued…. 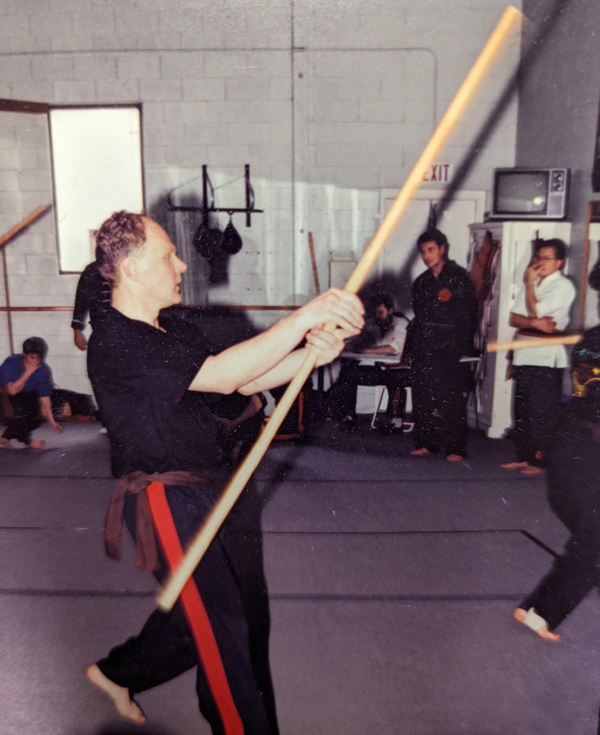