Distinguishing Characteristics of the Crane

Although seemingly the weakest of our five animals, the crane is very complex and, to me, next to the dragon, embodies the underlying tenets of the Kung Fu that we teach at WKFA better than the other animals. If I had to describe our school in terms of the five animals, I think we would identify more closely with the personality of the crane than any other animal.

The crane is passive by nature, always choosing to avoid conflict but will defend itself with passion if necessary. The intent of the crane during a conflict is to use the energy of its opponent against it. Avoidance is one of the main tactics of the crane. I know of at least one school that has a grading requirement where the student must navigate their way through a maze of other students that are sparring while avoiding all techniques along the way, without showing any signs of aggression.

The characteristics that distinguish the crane are: 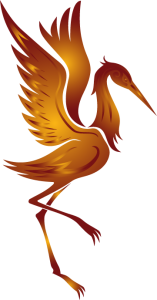 All of these elements combine to form the personality and techniques of the crane.