What Kung Fu Animal Are You? 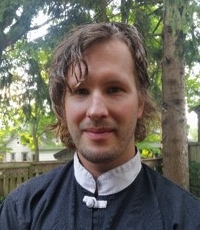 When you spar at the Academy, do you favour techniques that are strong and aggressive, or are you more reactive and defensive? Do you rely on quick hands and feet to move away from harm, or do you use your movements to put your opponent off balance? Our style of Kung Fu draws inspiration from, you guessed it, five animals and it’s only natural that inspiration appears in our sparring as well. It should also be no surprise that everyone defaults to a specific strategy, usually coinciding with one of those animals. Being able to recognize what animal you and your opponent default to, will surely improve your sparring game.

Pause for a moment, to think about the animal you might embody in the ring. Then, when ready, continue reading about the various animals. Although a full article could be written about each individual sparring style, here is a synopsis of my personal observations.

Tigers typically favour straightforward, strong attacks. They focus heavily on offense and try to maintain control of the round by keeping their opponent under constant pressure. With such a focus on linear attack, they can be susceptible to deception and angular counters.

Leopards favour a wide variety of attacks, mixing up their combinations to remain somewhat unpredictable. When one combination fails, a Leopard will often try something new. They can sometimes put themselves into an unfavourable position when a creative combination fails.  They exude the power of the Tiger, but with more agility and angular movement.

Snakes adopt an elusive fighting style, using speed to keep ahead of their opponent. Generally, they only throw attacks on a sure thing as a way of conserving energy. By using evasive footwork, their opponents can often dictate the pace of the round.

Cranes tend to focus heavily on defense, particularly evasion and deception. The hallmark of this animal is the fast, accurate, counter-attack, following up on a miss by a more aggressive partner. They may lose the initiative in the round by ceding the first move to their opponent.

As you become more comfortable with your sparring, you’ll find you can incorporate a wider range of strategies into your rounds. If you find yourself able to move smoothly between the more typical “Animal” strategies, then you are sparring like a Dragon, the animal that embodies the other four, but is distinct from them nonetheless.

Remember, sparring at the Academy is a partner exercise and you should never feel afraid to spar with anyone (we’re not out to hurt each other after all!). Never be afraid to let your partner know to tone it down if you are feeling overwhelmed, but on the other side of that coin, don’t be afraid to push yourself a little! Next time you’re sparring, think about a strategy you’d like to try, and give it a go! See what works best for you and work it into your future rounds.

Wanna feel like a kid again? Have some fun reading these Youth student posts with videos about the Kung-Fu Animals:

Embodying the Five Kung Fu Animals: Scales
Fu-For-You Winter 2022, Youth Student’s Column
In our style of Shaolin Kung Fu, we specialize in styles associated with our five animals; let’s explore soaring through the air like the dragon!

Embodying the Five Kung Fu Animals: Feathers
Fu-For-You Fall 2021, Youth Student’s Column
In our style of Shaolin Kung Fu, we specialize in styles associated with our five animals; let’s explore moving like the crane with fluidity and grace!

Embodying the Five Kung Fu Animals: Spots & Slither
Fu-For-You Summer 2021, Youth Student’s Column
In our style of Shaolin Kung Fu, we specialize in styles associated with our five animals; let’s explore the leopard and the snake!